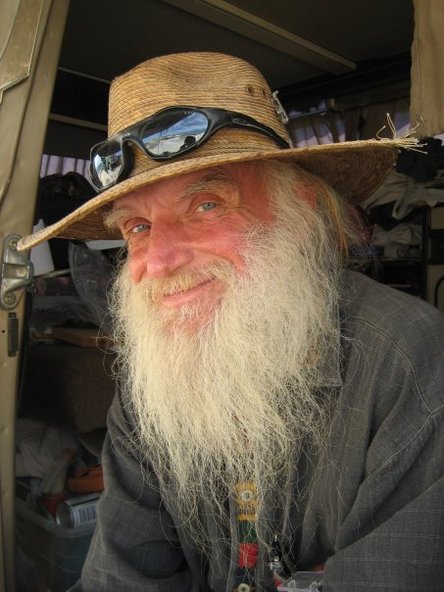 Rainbow Hawk: 2008 Global Rainbow Gathering of the Tribes
Rainbow Hawk is a Keeper/Carrier of the Prophecy of the Warriors of the Rainbow:

"When the Mother Earth is sick and the animals dying, there will come a tribe of peoples from all cultures who believe in deeds, not words, and they will restore the Mother Earth to her former beauty.
This Tribe will be called, The Warriors of the Rainbow."

This has been his lifes' dedication and work from his youth to this present day. The sharing of the Prophecy has resulted in a myriad of efforts globally, with a strong foundation of the Rainbow Gatherings of the Tribes, Greenpeace and a multitude of worthy endeavors over the decades which he has been highly instrumental in founding/co-founding.
Much of this can be found on his Facebook pages via his links and groups posted, although that is the tip of the iceberg. It should be noted that he has never received any form of financial renumeration for any of these efforts and indeed has put most of what he has earned in life into creating/co-creating their realities.
His experience with co-creating Eco Villages and networks of them span many decades and countries. This project is the one he endeavors to co-create now is the one which he personally wishes to call home, reflecting all the best aspects of those he has assisted and others from throughout the worldwide network of Eco Villages.
He is an artist, musician & vocalist, author of a great many essays on world peace and environmentally sustainable living, chronic volunteer for worthy efforts globally and brings to this project his extensive network(s) and expertise in many aspects essential for the La Paz Eco Village. He is and has been  involved in the efforts to perserve, protect and restore where needed the environment of the Baja California Sur region for decades, as well as being highly respected in this States' community. His extensive knowledge of the local culture, history and people will also be a great asset for the community.
He has put a lot of time (years), energy, resources.... into finding the place to establish the Eco Village and feels that this location is thee best to be found. It has been over a year in process now as it jells to the point of reality, with many good folks wishing to be a part. It is also his belief that everybody involved should have an equal voice and the Council of the whole is the sole decision making body. Everybody has their areas that they excell in, but none are more qualified than the others, nor should any assume that he, or they, are the leader(s) in the Council of Equals.
Like the Native Peoples Pot Latch, those who give the most for their communities needs garner more respect and the confidence/trust of the people.
A big Welcome Home to all those who will become parts of this Eco Village.